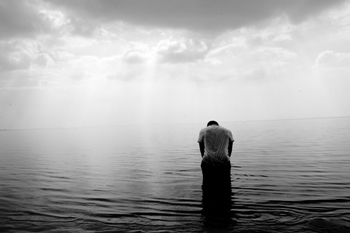 Today many of us are dealing with devastating losses in our lives from natural disasters, to losing our homes, jobs and relationships. After the initial shock of any type of trauma there are of course the various stages of grief that everyone goes through such as denial, rationalization, anger and acceptance. For those who are on this journey it is important to have faith in yourself and your inner compass that guides you. If you do this, you’ll understand that opportunities for growth and happiness lie in the most unexpected places, ready to be seized if you’re open to recognizing and embracing them. I don’t believe we ever get over a significant loss, but we do learn to move through it and live with it, and perhaps even learn to use it creatively to find our life’s purpose as well as harvest its lessons.

Mark and Selena, a couple I treated a few years ago are a remarkable example of how they dealt with a devastating loss and transformed their lives. They came to me shortly after their two young children had been killed in a car crash when they were with their teenage babysitter who had somehow survived. Mark and Selena were overwhelmed with guilt, anger, and feelings of loss. They could barely function and couldn’t begin to imagine how they could go on without their children or why they would want to. I discussed various treatment options and we agreed upon a method outlined in my book, Wise Mind, Open Mind that combines a mindfulness practice with positive psychology and creative thinking to help one let go of the past, tune into the present and their core creativity and finally move forward with the future. While we were working with the tuning in stage, I was concerned that due to the depth of their sadness it could take several years before they would be ready to move out of their grief and begin to envision a new life.

I decided to meditate on their situation, and what came to me was the visual image of the subcontinent of India. “That’s curious,” I thought, but decided to sit with it and soon, as if a voice had spoken to me, I had an inner knowing that I needed to suggest to Mark and Selena, who had conveyed an openness to the idea of traveling, to take some time off from their jobs and travel to the city of Varanasi in India. Varanasi is known as a holy place where the dying go to prepare for death and where bodies are prepared for the traditional cremation and return to the sacred Ganges River.

My logical, rational mind said, “Ron, that’s crazy. Why would you send two grieving and suffering parents who have no spiritual connection to India, and who are Lutherans from the Midwest, to Varanasi, where they know no one and would see death and suffering all around them?”

I discussed it with several of my colleagues who agreed it was a terrible idea but every morning when I meditated and connected to my intuition it kept telling me the same thing. Finally, one of my old teachers and mentors, Ram Dass, told me, “I think you may be on to something. They need to immerse themselves in their grief instead of denying it. Where better to do that than India?” When I mentioned it to Mark and Selena they weren’t sure how they would benefit from a trip to Varanasi, but meditated on it and told me that taking the trip felt “right” to them.

In India, Mark and Selena connected with their grief as they observed the dead and dying, but at the same time, they started to feel a sense of connection to other people and to a world in which suffering is inevitable. While there they spent time working with a committed humanitarian in her facility for the poor. She did not try to explain to Mark and Selena how they might handle their loss but instead invited them to join her in her everyday work of attending to the sick and dying.

When they returned to the States, Mark and Selena told me they had finally begun to heal. The deep compassion that had been awakened in them had eased their grief, and they felt they’d transformed from suffering parents who had lost their children to people who reached out to other suffering parents. They said they no longer felt quite so alone.

Over the next few months, Mark and Selena continued their mindfulness meditation practice and began to move forward with their lives. Selena, who loved music returned to school to earn a master’s degree and began working with children as a music therapist. Mark went back to his work as an electrician, but he now approached it in a very different way. When he consulted with clients, he suggested bold changes they hadn’t considered and had more patience and compassion with them. In time, Mark and Selena adopted two special-needs children and had another child of their own. They continued to talk about their children who died and kept photographs of them in their home, but they were able to creatively transform their tragedy into a new life with meaning and purpose. 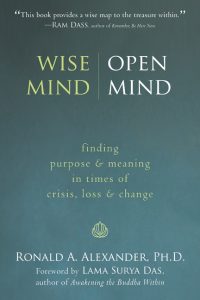 For those of us who are unable to take such radical steps here are six strategies from my book, Wise Mind, Open Mind to help you mindfully recover from a loss.

Many of us admire people like Al Gore, who found his road to the White House suddenly blocked and chose to focus on educating people about global warming, and Christopher Reeve, who left acting behind after becoming a quadriplegic and went on to become a film director and advocate for those suffering from spinal cord injuries because they were able to let go of the past and transform their lives. You too have the ability to tap into your inner courage, move forward with your life and even reinvent yourself.